Doctors. We lead you to better health. 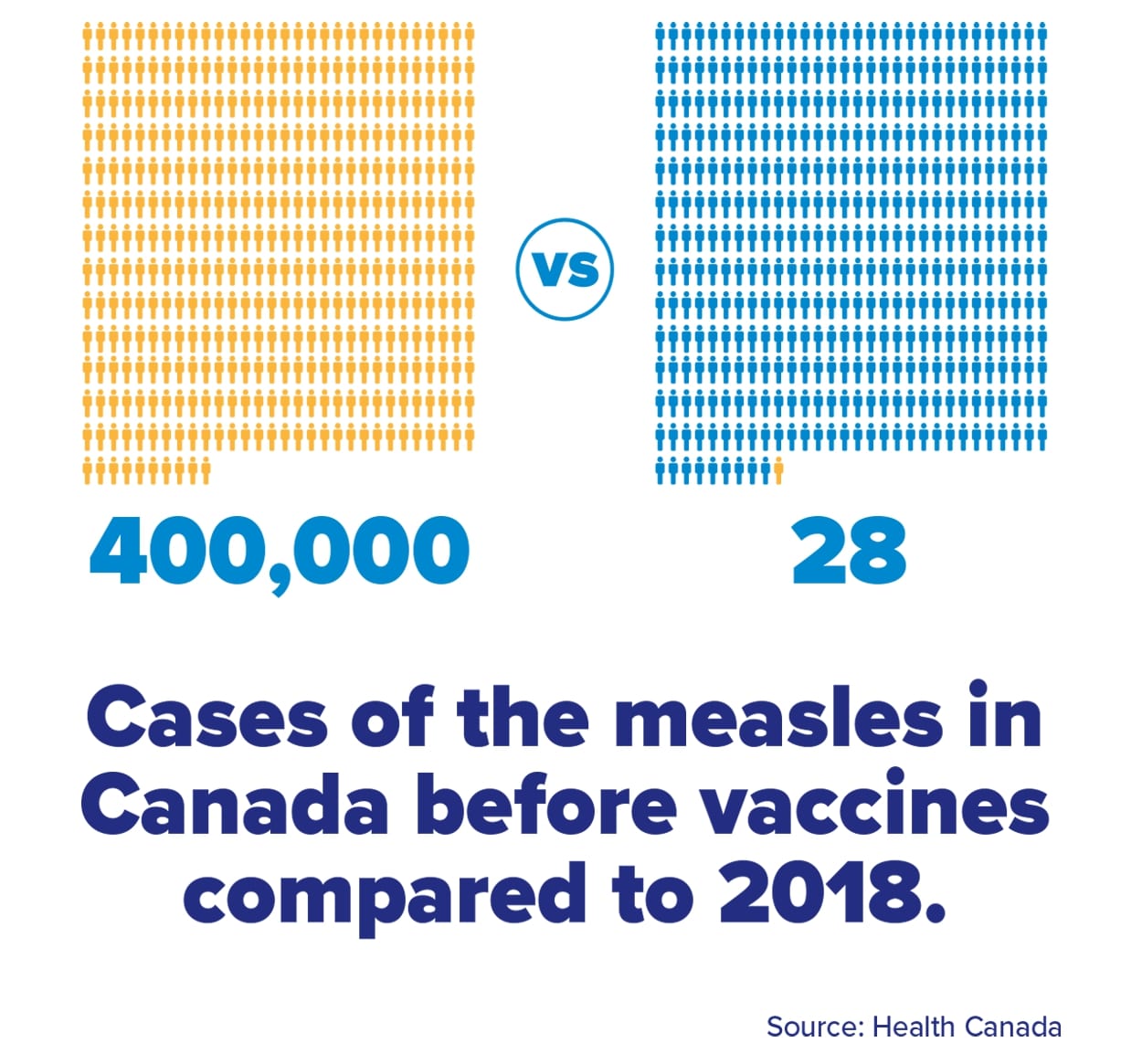 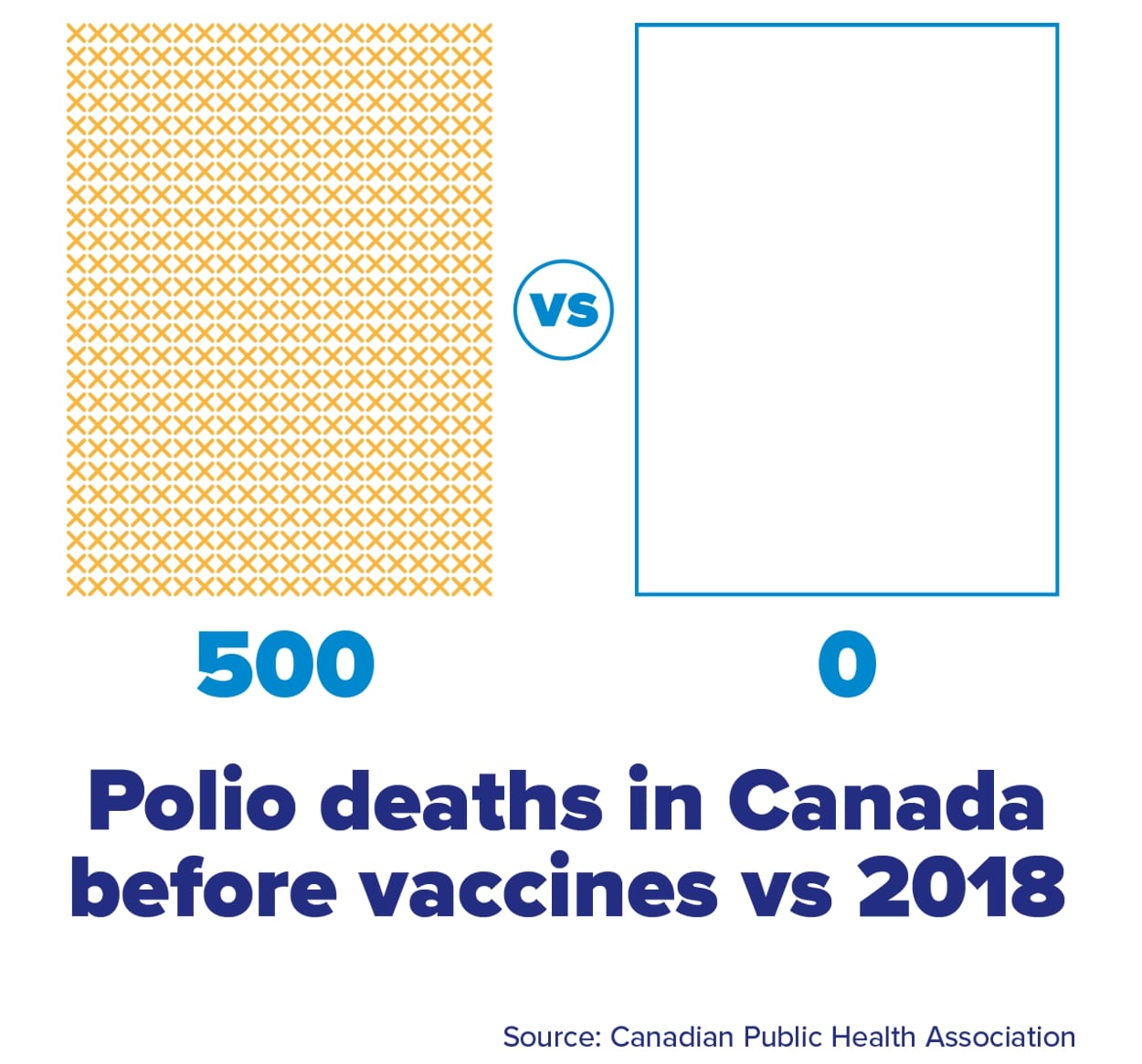 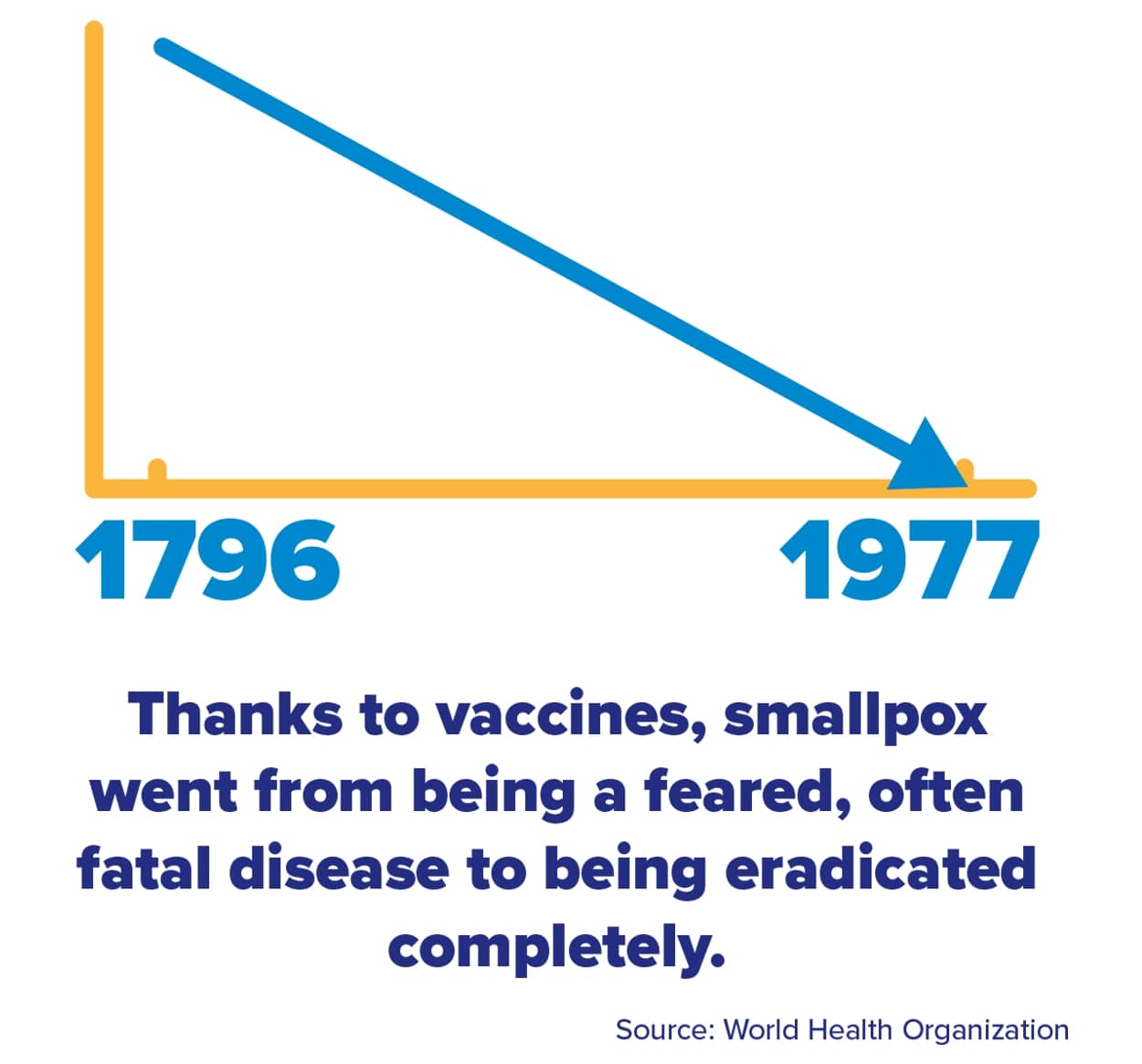 People have been using vaccines to protect themselves from disease for a long time. It’s possible China began to prevent disease through early forms of vaccination as far back as 2,200 years ago.

And it worked. As more people became immune to some diseases, the use of early vaccinations spread to India, Turkey, Africa and then Europe.
Smallpox 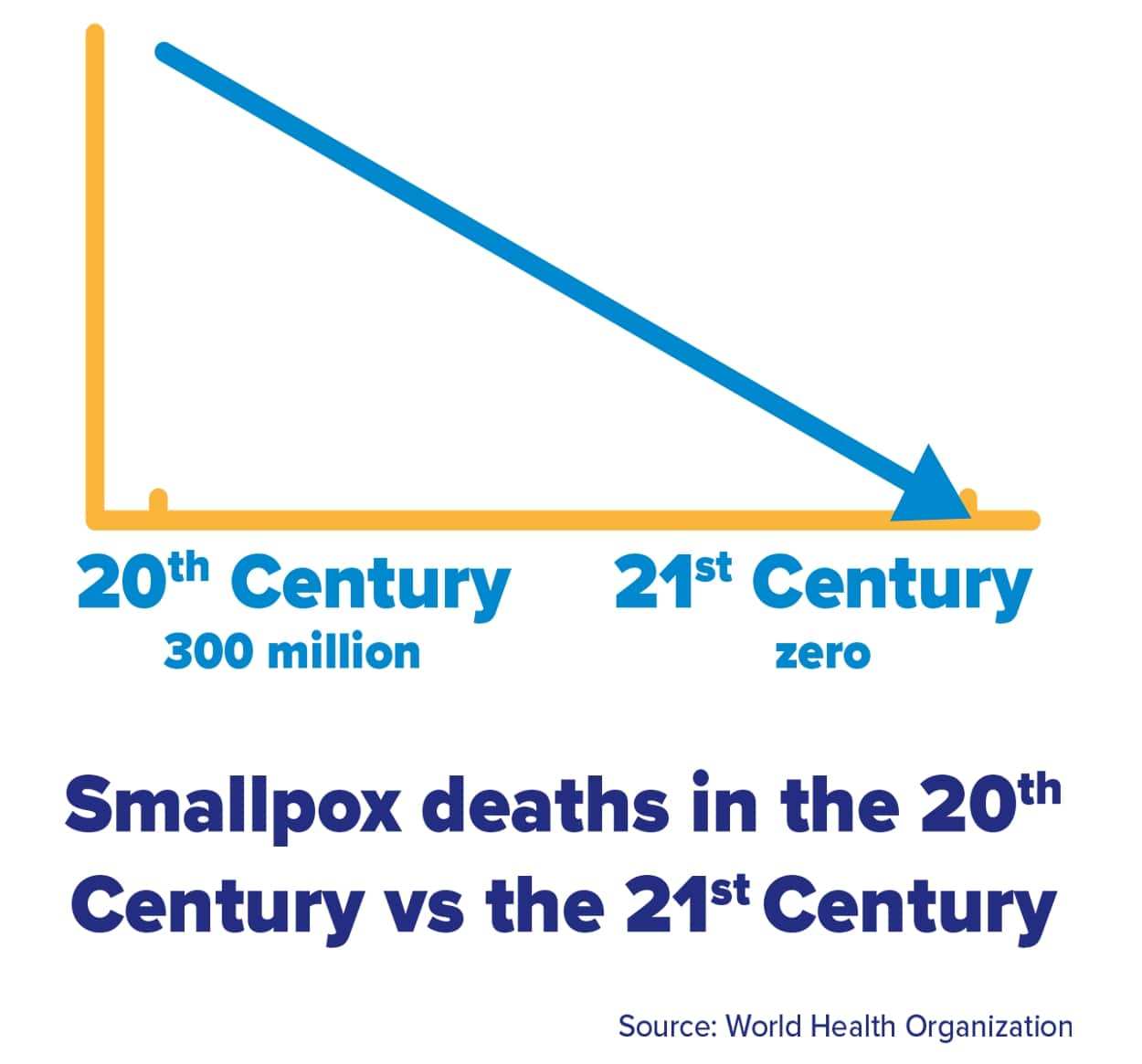 Modern vaccination began in England during the late 1700s. At the time, one of the most feared diseases was smallpox. And as the world’s population grew and travel increased, smallpox deaths grew. It’s estimated that in the twentieth century alone, about 300 million people died worldwide until vaccination wiped the disease out entirely.

The vaccine is thanks to the work of an English doctor, Edward Jenner, who noticed that during outbreaks of smallpox people who worked with cows were not infected. He believed this was because they may have caught cowpox, a much milder disease that affected primarily cows, which protected them—or made them immune—to smallpox. After 20 years of testing and research, Dr. Jenner’s breakthrough came in 1796 and by the early 1800s, governments began encouraging people to use his smallpox vaccine.

By the 1850s, Great Britain made smallpox vaccinations mandatory for infants and vaccinations steadily grew around the world. Come the 1960s, the World Health Organization stepped up efforts at vaccinating more people and in 1977 the last case of smallpox occurred. The world was certified free of smallpox in 1980 thanks to Dr. Jenner’s pioneering work to make people immune through vaccines. 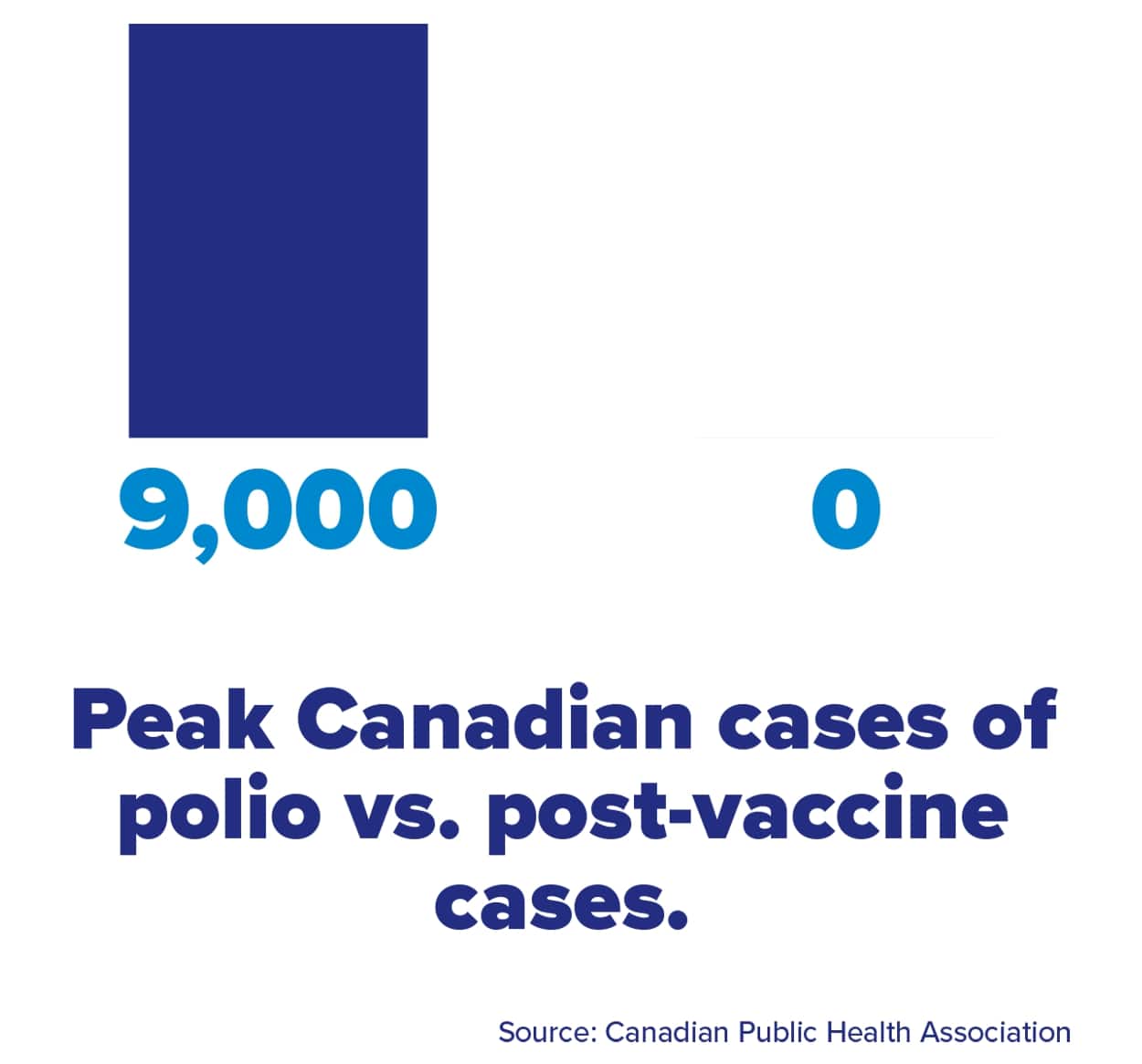 Polio is an infectious disease contracted by children that can lead to lifetime paralysis. Up to 10% of people who become paralyzed due to polio infection died when their breathing muscles also become paralyzed.

In 1955, American physician Jonas Salk released the first polio vaccine. This came two years after the peak of polio in Canada, with 9,000 cases and 500 deaths. Thanks to vaccination, polio in Canada was deemed to be under control by the early 1970s and Canada, along with the rest of the Western Hemisphere, was declared polio-free in 1994.

The rest of the world—apart from some areas of Afghanistan and Pakistan—was declared free of polio by 2014. So beneficial was this vaccine, the number of polio cases dropped from 350,000 in 1988 to only 33 in 2018. But the World Health Organization cautions that failing to eradicate polio entirely could lead to as many as 200,000 cases a year within a decade. 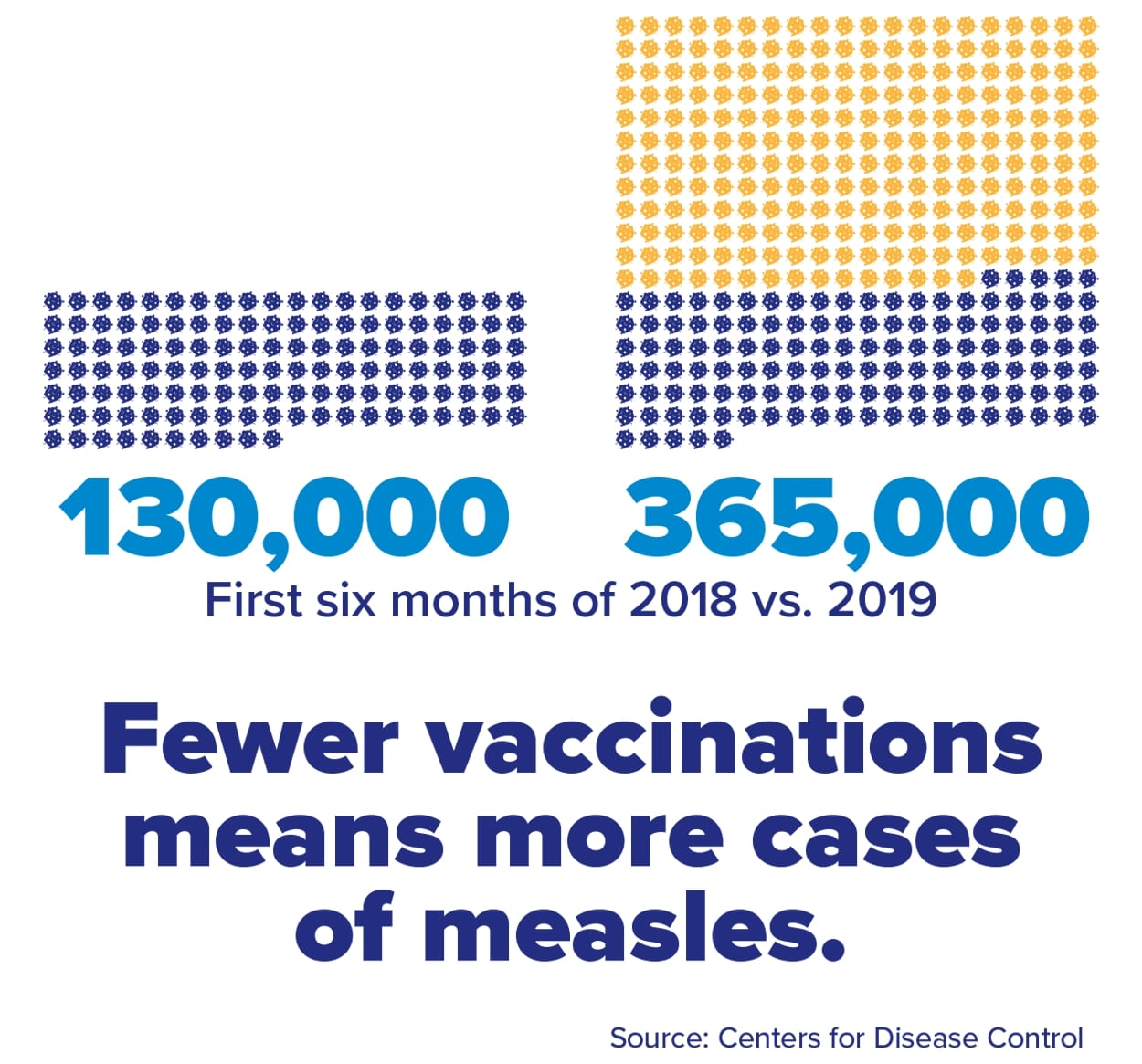 Before a measles vaccine was available in the early 1960s, it was a common childhood disease.

Thanks to universal vaccination programs, measles was eliminated in Canada in 1998 and the United States in 2000. It was largely eliminated in Europe as well, but as vaccination rates fall, some countries that were previously declared to be free of measles are being taken off the list.